No longer available at zZounds
This is a carousel with one large image and a track of thumbnails on the left side. Select any of the thumbnail buttons to change the main image. You may also use the left and right arrow keys to navigate between images. 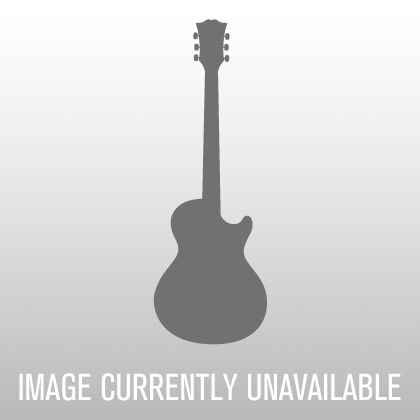 The Alesis iO DOCK Pro Audio Dock allows you to plug your instruments directly into the iPad for a whole new world of sound possibilities.

The Alesis iO Dock is the first device that enables iPad users to record, create and perform music with guitars, midi controllers and microphones. Utilizing the App Store's massive library of music creating software and the power of the iPad, the iO Dock is a universal docking station that gives musicians, engineers and producers the flexibility to record and create music anywhere.

The iO Dock has two combination XLR and 1/4" inputs, each with independent gain knobs and switchable phantom power for condenser microphones. Using Garage Band for the iPad, musicians can utilize the multiplicity of available inputs to capture layered, multitrack recordings with live instruments or synths and samples. With the two combo jacks, guitarists and bassists can access the many amplifier- and effects-modeling apps and send them right to the recording. Producers and composers can take advantage of the iO Dock's MIDI jacks to run keyboards, samplers, drum machines and synths or use an external controller keyboard to trigger the many synths and sound sets within Garage Band. Bands can even connect an output from their mixer to archive their rehearsals or live sets.

The Alesis iO Dock features a stereo pair of 1/4" main outputs so its users can hook up to their favorite studio monitors for critical listening or to house PA for a show. With independent level controls on each output, it also allows separate mixes to be sent to monitors and headphones. In addition to… read more an assignable 1/4" footswitch for hands-free recording control, the iO Dock's USB midi enables it to be connected to a computer to send MIDI data back and forth to use the iPad and computer in tandem. And, with a video output, the iO Dock can be connected to video monitors to control video projections during a live show or to maximize the mixing experience in the studio.

The iO Dock is housed in a sturdy plastic chassis that allows it to be both lightweight for easy travel and durable so it survives that travel. It also serves as a protective case for the iPad itself. The Alesis iO Dock completely houses the iPad on the bottom and three side surfaces and encases the screen in a protective bezel on three of its four edges.

A powerful, portable, cutting-edge music maker, the Alesis iO Dock empowers musicians to seamlessly connect the world of pro audio gear and instruments to the iPad and its massive collection of apps.

Features of the Alesis iO Dock
- The world's first pro audio dock for iPad
- Connect microphones and instruments including guitar, studio monitors, PA speakers, headphones, and MIDI controllers
- Universal device works with virtually every audio and MIDI app in the App Store; Core MIDI compliant
- Perform, craft, create and play back music in virtually any conceivable manner or location
- Video output for connection to TVs and projectors
- Inputs: two combo XLR-1/4" for use with audio gear, instruments, and computer audio
- Input channel gain controls and switchable phantom power for use with condenser microphones
- Guitar-direct switch for use with amplifier- and effects-modeling app
- Outputs: pair 1/4" and 1/4" headphone with separate volume controls
- Control: MIDI In, MIDI Out, USB MIDI, and assignable 1/4-inch footswitch input

Does the Alesis iO Dock work with the iPad 2?

The iO Dock is fully certified by Apple to work with both iPad and iPad 2.
As soon as iPad 2 was announced, Alesis began designing a fitted insert for iO Dock that perfectly conforms to iPad 2's thinner profile. If your iO Dock did not include an iPad 2 insert in the box, visit alesis.com/iodockadaptor to receive one for free. If you use the original iPad, no insert is necessary.

Apple Certification Pending. iPad(tm), App Store(tm), Appler(r) and Mac(r) are trademarks of Apple Inc., registered in the U.S. and other countries. read less

For support or warranty questions, please contact the manufacturer:
Phone: 401-658-5760

Reviewers gave this product an overall rating of 5 out of 5 stars. (6 ratings)
Submitted July 13, 2012 by CJ F in Jacksonville, FL
"I REALLY like this thing!"
Overall: 5 out of 5 stars
(see rating details)
Verified Customer zZounds has verified that this reviewer made a purchase from us.
I read several mixed reviews about the I/O Dock and wondered what to believe. After using it, I sincerely don't understand anyone's problems with this unit. Did these people expect the I/O Dock to do EVERYTHING for them? If you need 16 inputs at once, then don't bother. You need A LOT more gear than this! But if you're like me, and you record one or two good tracks at a time, then this unit CAN NOT be beat. I LOVE it and take it all over the place. Thank you, Alesis!
Musical Background:
Professional Musician
Musical Style:
A/C, Country, Singer/Songwriter, New Worship
11 of 11 people (100%) people found this review helpful. Did you?
Thanks for your opinion!

This is a carousel with product cards. Use the previous and next buttons to navigate.