Skip to main content
Customer Kudos
"Have had many transactions over the years with zZounds. Things have always gone smoothly. Good prices, good variety, and the installment payment option is awesome."
June 17, 2022

zZounds' very own Justin LaForte shreds his way through our picks for the top 5 Van Halen solos in this edition of Legends of Tone:

Storming onto the music scene over 40 years ago, Van Halen broke new ground in the world of popular music with their signature brand of hard-partying rock 'n' roll. Arguably, the driving force behind it all was the explosive fury coming from the hands of one Edward Van Halen. While the riffs were great, the guitarist's complex and speedy soloing firmly placed the band head and shoulders above the rest of their peers. From the molten licks of "Eruption" to the incendiary lead on "Hot for Teacher," the solos heard on Van Halen's early albums established a new standard in rock.

Join us as we try to recreate the sound behind our choices for Eddie Van Halen's top five most epic early-era guitar solos in this chapter of zZounds' Legends of Tone!

Check out more behind-the-scenes content on the zZounds Blog! 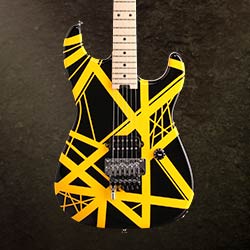 Sporting the distinctive yellow and black striped finish of his famous Bumblebee guitar seen on the cover of Van Halen II, this Striped Series model has everything you need to nail the sound and look of classic Eddie. With a basswood body and quartersawn maple neck as a foundation, the Striped Series models add premium upgrades like a thumbwheel adjustable truss rod and a direct-mounted EVH Wolfgang humbucker in the bridge position. For those with heavier tendencies, tuning down to drop-D has never been easier thanks to the D-Tuna system mounted on the heavy-duty EVH locking tremolo.

While Custom Shop reissues of the '79 Bumblebee are beyond most players' budgets, the Striped Series models offer all guitarists incredible bang for the buck. Whether you're a collector or a devoted Van Halen fan, you can't go wrong with the stripped-down Striped Series! 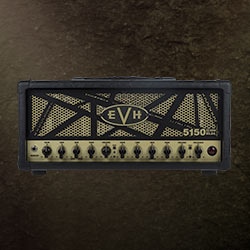 Loaded with a pair of British-flavored EL34 power tubes, this 5150III erupts with a similar roar to that heard on Van Halen's early albums. Smooth and compressed, the 5150's spongy midrange and crunchy highs create a powerhouse sound that'll cut through any mix. Despite its compact size, this three-channel behemoth offers a wide range of tones. Use the included footswitch to cycle between the sparkling cleans of channel one, the hot-rodded overdrive of channel two, and the scorching lead sound of channel three.

Shared EQ controls on channels one and two keep your sound cohesive, while a separate EQ for channel three allows you to carve out a unique tone for your leads -- or when you just need to put the pedal to the metal.
Learn more » 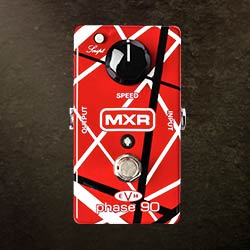 To add some movement and depth to his solos, Eddie's go-to effect in the early days was his trusty MXR Phase 90. With just a simple Speed knob, the powerful Phase 90 livens up your tone with the gentle swoosh only a phaser can give you. When added to fast picking and taps, it can sound as if the effect is stuttering, giving the listener snapshots of the phaser's oscillation.

Other than the the familiar striped "Frankenstein" paint job on the enclosure, the EVH Phase 90 differs from the classic orange version with the addition of a Script switch. For maximum versatility, you can choose between the vintage "Script Logo" sound from the '70s like Eddie used, or the modern "Block Logo" tone -- essentially two Phase 90s in one box!
Learn more » 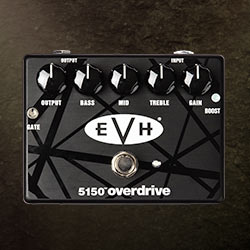 Even if you don't have a 5150 amp on hand, don't worry -- nailing Eddie's tone is still very possible! Enter the MXR EVH 5150 Overdrive. Essentially a high-gain "amp-in-a-box," this powerful pedal offers a range of saturated tones that mimic the aggressive sonic signature of the namesake amplifiers. Use the boost switch to kick your sound into even higher gear with extra gain and compression, and keep noise at minimum -- even with maximum gain -- with the on-board gate.

While we didn't use the 5150 Overdrive on much of our Legends of Tone video, this is one of the easiest (and most budget-friendly!) methods of achieving EVH's coveted tone. Just feed the 5150 Overdrive into the clean channel of your amp (or, if it has one, the return of your amp's effects loop) and unleash the beast!
Learn more »