Skip to main content
Customer Kudos
"I have done business with zZounds for many years. They have been accommodating, immensely knowledgeable, courteous, friendly, and professional. They have always treated me with respect and fairness. In fact, I don't do business, (musically), anywhere else."
July 11, 2022

Everything you need to nail the Hendrix experience!

Though his mainstream career was a flame that burned quickly and brightly throughout the mid-late '60s, the impact that Jimi Hendrix has had on the guitar-playing world is nothing short of legendary. With a unique tone shaped by road-worn Marshall Plexi full-stacks, distinctive "flipped-over" Stratocasters, and the unabashed use of gritty fuzz, wah and modulation effects, Hendrix paved the way for generations of players seeking pure tonal freedom.

You don't have to be a southpaw, or light your favorite guitar on fire, to channel the raw, psychedelic vibes of Jimi Hendrix. Read on to learn about some key ingredients you can use to achieve the Hendrix tone!

Want to wail like Hendrix but don't have a ton of scratch? We've got you. Check out our exclusive video, where we delve into Jimi's sound with his signature Strat and a few affordable pedals. Learn more on the zZounds Blog!


Jimi Hendrix's Tone on a Budget: 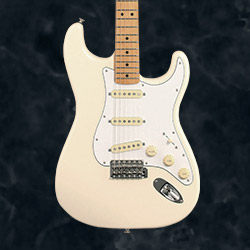 One of the most recognizable aspects of Hendrix's uniquely personal sound and playing style was his habit of flipping Strats over and restringing them to accommodate his left-handed playing. This resulted in a reversed headstock and bridge pickup on all of his guitars. With the Jimi Hendrix Stratocaster, Fender has recreated these traits in exacting detail.

The reverse headstock creates a longer string length for the bass strings, resulting in better string tension for a tighter playing feel. The shorter string length for the treble strings makes Hendrix-style bending and shredding much more doable without fretting-out. If you're not a left-handed player, but desire the look, feel and unique tone of Jimi's iconic "flipped-over" Strats, this is the guitar for you.
Learn more » 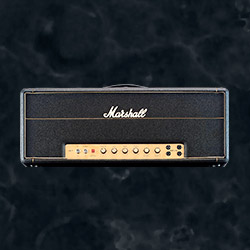 During his live performances, Jimi Hendrix famously played before dual Marshall Plexi half-stacks. The raw power of these hand-wired amps aided in the raunchy, feedback-laden tone that became a staple of the Hendrix sound. While the exact 1966 Marshall Super Lead 100 model that Jimi used may be unattainable to the average guitarist, the current production 1987XL Plexi head is readily available and more than capable of reproducing the driven overtones of the Hendrix sound in an uncanny way. 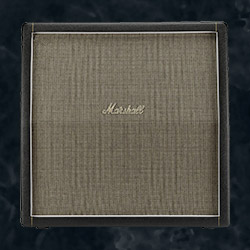 =Most of us may have to work our way up to the four 4x12 Marshall cabinets seen on stage with Hendrix in the late '60s. This 1960AHW Handwired cab is a great place to start, and is the perfect companion to the Marshall 1987XL Plexi head. Loaded with Celestion's highly acclaimed G12-H-30 reissue speakers, the 1960AHW acts as a tonal time machine.

Plug in and travel straight back to '67 and the tangible energy of the Monterey Pop Festival. The cab's look is as much of its appeal as its tone, decked out in vintage tolex, basketweave salt-and-pepper grille cloth and a vintage-style Marshall logo.
Learn more » 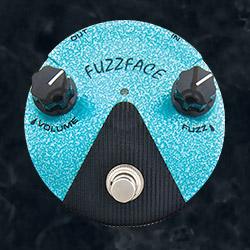 Built around the toneful BC108 silicon transistor, the FFM3 Hendrix Fuzz Face Mini is an authentic recreation of Jimi's original Dallas Arbiter Fuzz Face used on Electric Ladyland and in countless performances. Faithful in each detail, the FFM3 features a hand-wired circuit board without any solder masking and original spec circuitry, finished off in a rare turquoise hammertone finish.

A master of fuzz, Jimi Hendrix used many variables to create a range of subtle shadings of the effect. From chunky breakup in his rhythm playing, to absolutely scorching leads, Jimi made himself synonymous with fuzz pedals, especially the Fuzz Face.
Learn more » 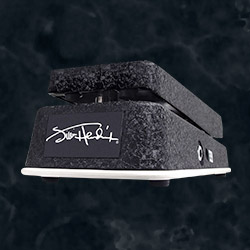 Aside from fuzz, the other most recognizable sound in Jimi Hendrix's tonal arsenal is undeniably the wah pedal. The wah-wah was in its infancy when Jimi hit the scene in the mid-'60s, but he made quick work of incorporating it into his sound. Now, Hendrix classics like "Up From the Sky" are textbook examples of unmistakable wah-driven guitar work.

The JH1D Jimi Hendrix Signature Wah from Dunlop recreates the timbres of Jimi's original Italian-made JEN wah pedal, designed by the Thomas Organ Company. Incorporate this wah into your pedalboard for throaty, expressive and extremely accurate Hendrix tone that will have you exploring guitar psychedelia in no time.
Learn more »