Skip to main content
Customer Kudos
"Most musicians with families and bills can truly benefit from zZounds Play as you Pay."
January 1, 2022

If you had the key to a locker full of classic microphones, what would you record? With the Antelope Audio Edge family of large-diaphragm XLR condensers, and vintage mic emulations available both as native plug-in software or FPGA FX running on Antelope's own audio interfaces, you get access to the characteristic sounds of 11 (and counting) of the world's most sought-after microphones.

Dial in your sound with stunningly accurate emulations of your favorite famous mics, audition different mic models, and even change polar patterns after recording -- it's all possible with Antelope mic modeling technology. 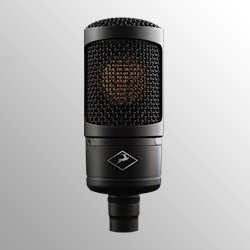 The simplest Edge modeling microphone, the Antelope Edge Solo connects to your audio interface/mic preamp via a standard mono XLR cable. With a fixed-cardioid pickup pattern, the Edge Solo works hand-in-hand with Antelope's mic modeling plug-in to emulate a locker full of the greatest cardioid-pattern mics in history.

Straightforward and easy to master, the Edge Solo is the most affordable member of Antelope's Edge family of large-diaphragm condenser modeling mics. If you're new to the world of microphone modeling, the Edge Solo is an excellent first step.
Learn more about the Edge Solo » 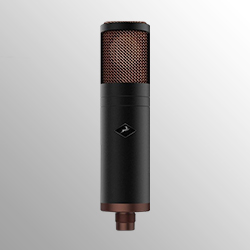 Get creative in the studio with Antelope's Edge Duo. This large-diaphragm condenser comes with a breakout Y-cable with two independent 3-pin XLR outputs, capturing the signal from the front and back of the Edge Duo's dual-membrane capsule. Connect both XLR cables to your audio interface's preamps, and you'll be able to individually process the signals -- so you can you vary the mic's polar pattern within the plug-in, even after recording. 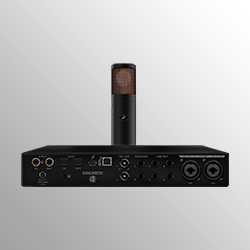 Plug your Edge XLR microphone into one of Antelope Audio's own interfaces -- including the Discrete, Orion, Goliath, or Zen models -- and take advantage of the interface's on-board processing to power Antelope's FPGA-based vintage microphone emulations in real time.

You can also use Edge XLR microphones with any non-Antelope audio interface of your choice. Antelope's native software emulations run as a VST, AU, or AAX plug-in in your DAW, on a Mac or Windows PC with a USB 2.0 port and an iLok to authorize, activate and run the software. 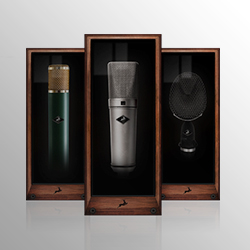