Skip to main content
Customer Kudos
"Reliable and prompt shipping. Great customer service in the only two cases that I ever had a problem with a purchase from zZounds in more than ten years."
January 3, 2022

Buzz-worthy mics from the minds behind Blue

Neat Microphones' Bee series of mics features several affordable and undeniably eye-catching models: the King Bee, Worker Bee, Bumble Bee, Beecaster, and more. Led by president Skipper Wise -- known for founding Blue Microphones in 1995 -- Neat Microphones are ideal for home studios. Read on to hear what the buzz is all about.
Shop all Neat Microphones » 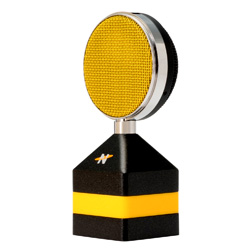 With its 24mm (.95 inch) diaphragm, the Worker Bee is a large-diaphragm condenser that's a bit smaller than the King. Neat calls the Worker Bee a "perfect mic for recording guitar amps," and it's easy to see why -- this fixed-cardioid mic was very flattering to guitar amps on our tests, delivering a smooth, rounded character without hyped highs. The Worker Bee handles SPLs up to 145 dB -- go ahead and record those screaming amps, trumpets, and other loud sources. 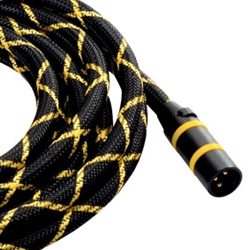 Does a high-quality microphone cable make a difference? If you've ever had a poorly made cable go bad on you, you know the answer to this. If you're planning to record a lot of different sources in a lot of different settings, a cable like the BeeLine will stand up to the test of time. Instead of two conductors plus ground like a typical XLR, the BeeLine has four conductors plus ground, which helps reduce noise and interference. (Plus, with a distinctive-looking cable like the BeeLine, you'll never have to worry about another musician or engineer taking home one of your cables by accident!)
Learn more » 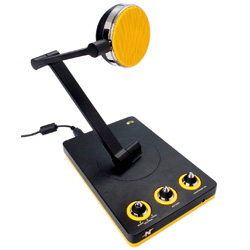 The first thing you'll notice about the BumbleBee USB mic is its heavy-duty stand, hinged boom arm, and swiveling base -- a design that makes it especially easy to place on your desk and point at the source you're trying to capture (like your voice or acoustic guitar). The microphone's base has a built-in headphone output with a dedicated volume knob, a mic gain knob, and a switch that toggles between three EQ settings: Music, Voice, and Neutral.

Unlike some lesser USB microphones, the BumbleBee can record at up to 96 kHz/24-bit resolution, which makes it a truly pro piece of gear. The BumbleBee comes with its own USB cable and the super-easy-to-place Honeycomb pop filter -- the same exact pop filter Neat includes with their Worker Bee and King Bee models. Pop it on for recording vocals or voiceover up close; pop it off for recording instruments or vocals from farther away.
Learn more »